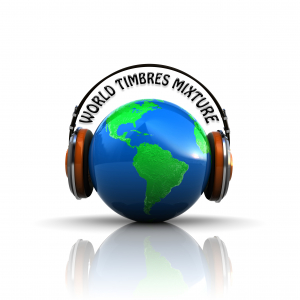 WTM is a new method of composition with a new sound material, which we choose for aesthetic reasons, and which consists, fundamentally, in the mixing of the instruments of the classical orchestra playing “live” during the concert, with instrument timbres from different continents, cultures and countries recorded on audio support.

With regard to this “mixing” of timbres, we have discovered an “unusual, unexpected and limitless” world of new sounds for our chamber and orchestral scores.

This technique reflects the desire to invent a new sound universe – unknown, unheard of, new – while drawing on the richness of popular traditions (the instruments with their specific timbres) and classical tradition. No timbre has been distorted or altered by computer sound transformation programs.

The extension of the range of some popular instruments towards the low and high space, as well as the “halos” of rich timbral resonances help to create the impression of distant spaces.

The pieces resulting from this process are not works for instruments and tape as in the past. Although computers are used and traditional instruments are recorded, they do not occupy a place in a band, on the contrary, they play a role on an equal footing with “live” acoustic instruments.